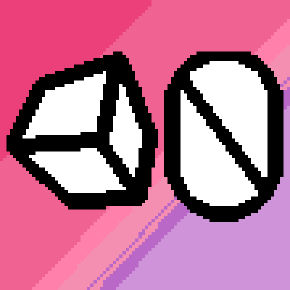 A collection of small, handy components for unity. All CC0

A collection of small, handy components for unity. License as CC0 so you (or more realistically just me) can use them basically anywhere and anyway you see fit.

The library is highly modular. Almost all scripts can simply be removed if they are not needed or wanted. Namespaces can always be deleted wholesale, that is C04U.UGUI will not break if C04U.Events is removed and so on.

The library will have as few dependencies as possible, and scripts that rely on a dependency will be easily excised. Dependencies will not be bundled with the library, it is on the user to install them correctly.

The only dependency right now is on JSON .NET for Unity if you are in pre-2020LTS. After 2020 Unity packages in the Newtonsoft JSON DLL by default, removing this requirement. This dependency can be removed by deleting C04U/SaveData

A few short scripts that just expose public UnityEvents so you can tie simple actions to an object without haveing to actually write a script. A good rule of thumb is if you need to do a thing in a monobehaviour event BUT you dont need an if statement or anything, then these components are for you.

Currently only the InputTweak class which lets you design exclusively for touch interaction and have mouse interaction map through that.

This is a partial class that allows to create complex save states without an enormous hassle. This part relies on JSONForUnity. Either install that from the asset store or delete this portion